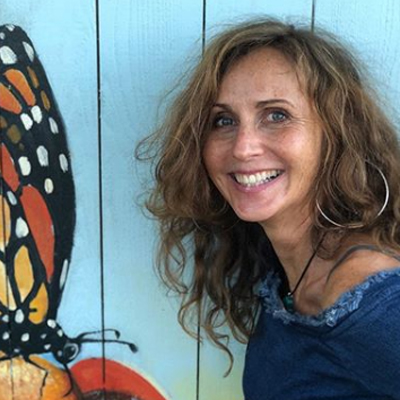 Art and science rarely blend so seamlessly as in the works of Dr. Angelika Domschke. Born in Germany, raised amongst the cultural diversity and freethinking affluence of Hamburg, and schooled as a polymer chemist, Angelika distills essential beauty from her fantastic sculptures and images with uncompromising German precision.

Noted for "bringing her works to life", Angelika combines her vivid and sometimes whimsical imagination with her talent for classical realism to breathe life into the subjects of her sculptures and drawings. Drawing inspiration from the elements of ancient alchemy, Angelika's works deal with earth, air, fire and water, and the creatures, real and unreal, which are derived from them. Mermaids, angels, nymphs, and dragons are equally at home in Angelika's works as the fish, birds, mammals, reptiles, and beautiful women, which populate her land and seascapes. Beauty of form is the common theme which binds them, as technical excellence and spiritual integrity combine to create them.

Angelika has worked in Germany, Switzerland, and the United States and has traveled extensively through Europe and North America. Her works have been displayed in several countries on both continents, including at the prestigious Galleria Romanelli in Florence, Italy. Her one-artist exhibitions have received rave reviews in Europe as well as in the United States.

Angelika's art studio is located in historic Norcross, GA. When not creating art, she devotes her time to biomedical innovations for health. Science and art exist for her without conflict, as each seeks, in it's own way, to reveal essential truths. Both her artistic and scientific competence were recognized in numerous commissioned artworks, publications, and patents.